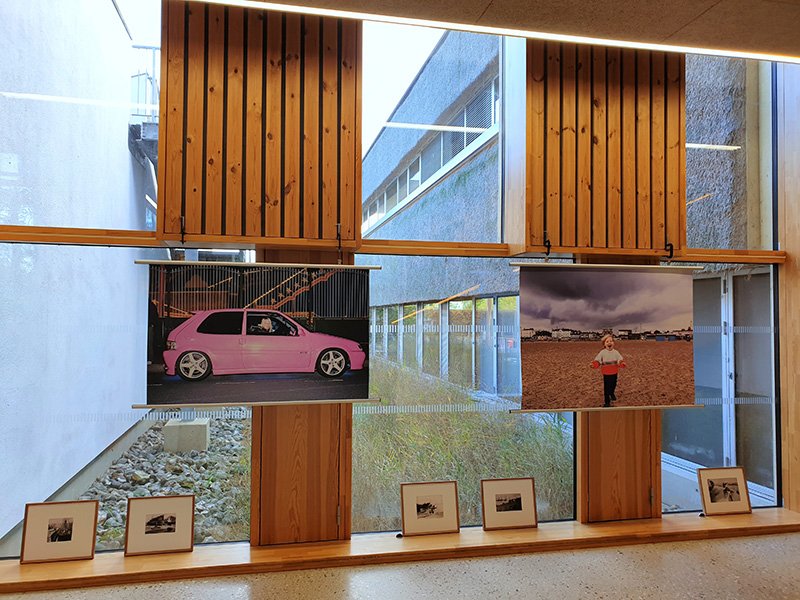 A new exhibition of photography has opened at the University of East Anglia.

The images in Finding Emerson were taken by residents of Great Yarmouth who took to the streets of the town as part of the 2021 ‘Finding Emerson Photo Festival’ to snap shots of their view of where they live. The wonderful range of pictures show a couple enjoying an ice cream on a tandem mobility scooter, a driver sitting in a pink hatchback and a young child enjoying the beach on a cloudy day. They superbly highlight local people and scenes which show the familiar, the funny and the interesting from behind a camera lens. 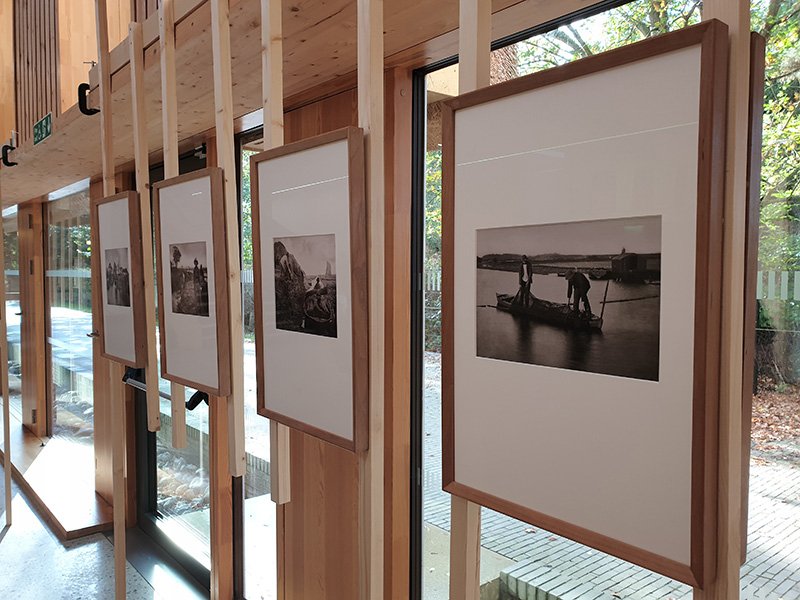 These modern images are displayed alongside photographs by Peter Henry Emerson, a Victorian photographer, artist, naturalist, physician and writer who was drawn to rural subjects and was fascinated by East Anglia’s traditional ways of life and who travelled extensively across the region.

He was born in Cuba in 1856 and moved to England as a teenager capturing images around Great Yarmouth and the Norfolk Broads between 1885 and 1895. Emerson’s firm belief that photography should be accepted as an independent art form put him at odds with his contemporaries and on a collision course with the established art world. He died in 1936, all but forgotten by the art world he ignited in the 1880s. It took until 1975 and the publication of a book by influential American critic Nancy Newhall, P.H.Emerson: The Fight for Photography as a Fine Art, for the world to realise that he was the great pioneer of modern photography and how, through his determination and weight of belief, he had changed the perception of photography for all time.

On display at the Enterprise Centre are a selection of works from two of Emerson’s photographic portfolios, Life and Landscape on the Norfolk Broads, and Wild Life on a Tidal Water. They highlight his dedication to depicting life as it was in the 19th Century by embedding himself in the landscape of East Anglia and capturing what he encountered. There are images of marsh farms, the harvesting of reed beds, smelters, punt gunners, eel catchers and their house boats, cottages, wherries and water mills.

With a firm belief in naturalistic photography and truth to nature, Emerson railed against his contemporaries and their studio constructs – that often included staged rustic scenes featuring models in costume – that fed into idealised Victorian notions of the countryside. He went on to write the first manual on straight photography as an art in its own right, that was likened to, “a bombshell dropped at a tea party.” He was also one of the first photographers to combine text and image in his publications. 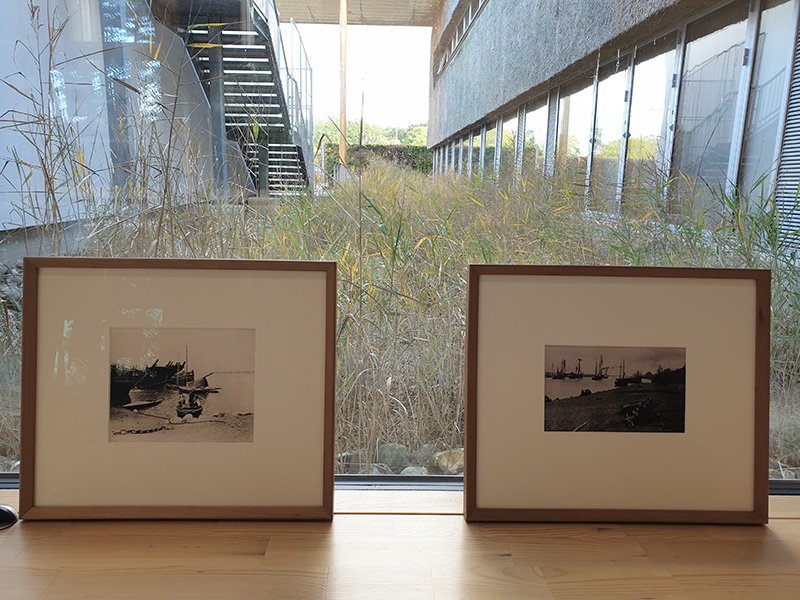 This exhibition has been created by Original Projects, an artist-led organisation based in Great Yarmouth, and Utter Nonsense, a body inspiring more people to explore the language of photography, with the support of CreativeUEA, a new interdisciplinary research theme at the University. Many of the photographs were originally displayed at the ‘Finding Emerson Photo Festival’, a biennial event committed to bringing a new understanding to photography and animating the extraordinary legacy of one of Britain’s greatest photographers, Peter Henry Emerson.

Julia Devonshire and Kaavous Clayton, Founders of Original Projects said: “Original Projects are honoured to collaborate with Creative UEA to bring Finding Emerson to the Enterprise Centre space. It’s fantastic to see this project continue to evolve and reveal itself as a generous and inclusive vehicle to celebrate place, people, life and leisure, and as a way to explore the role of photography as a mode of communication. We’re looking forward to seeing how changing the context and audience can create new interpretations of Great Yarmouth”.

Mark Cator, founder of Utter Nonsense said: “Everything is invention, so better to do the inventing”.

Marián Arribas-Tomé, Lecturer in Translation Studies, Language and Politics and Spanish at the University of East Anglia (UEA) and one Original Projects’ trustees, believes in the importance of art as a tool for learning in diverse academic contexts. She has been instrumental in bringing Finding Emerson to UEA and will work with students at the university to explore how translation enables different understandings and interpretations of the images. She said, “By bringing this very diverse expression of a place in our region into an academic setting we will start a conversation about environment, identity, language, people’s voices and communication”.

Dr John Gordon, Academic Lead, CreativeUEA said: “CreativeUEA is very proud to support this thought-provoking exhibition. The contemporary photographs of Great Yarmouth and Emerson’s images of the Norfolk Broads invite us to join a dialogue between the past and present, and to look at our region anew. We are also delighted to collaborate with Original Projects and Utter Nonsense to celebrate these examples of creativity and innovation in photography – a meeting of art and technology – and its capacity to report and represent moments of significance in everyday lives. We very much look forward to seeing how visitors respond to these striking images of Norfolk and its people”. 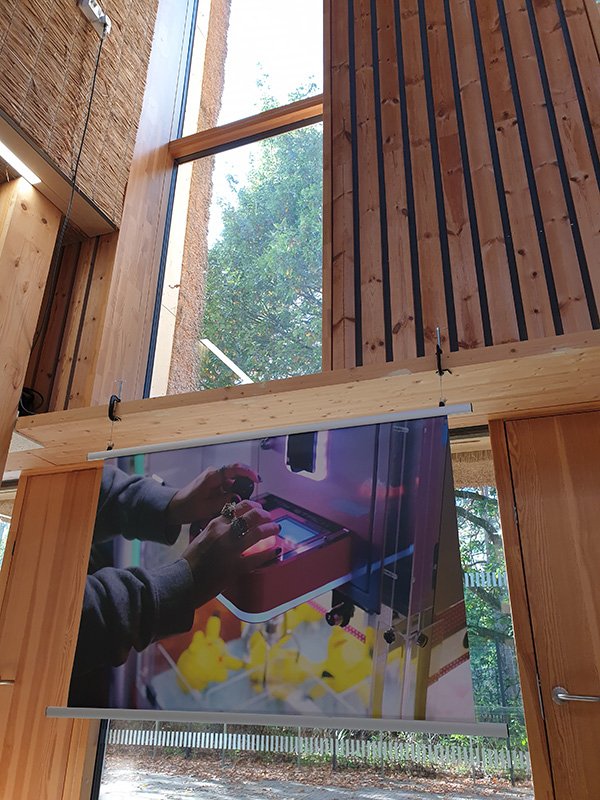 We really enjoyed viewing this exhibition.

Firstly, the Enterprise Centre is a wonderful building to have the opportunity to visit. It is multi-award winning and one of the ‘greenest’ buildings in Europe. Plus, there is a Cafe. Secondly, we love anything about Great Yarmouth. The comparison of the images is amazing, seeing life on the East Coast back in the 19th Century and today. Also, to remember that there has been a massive leapt in the advancement of photographic technology. The most recent images would have been taken in an instant, perhaps on a phone, while Emerson’s would have required time for exposure. So wonderful that these moments in time were captured.

Take the time to go and see this exhibition, great work by all involved.