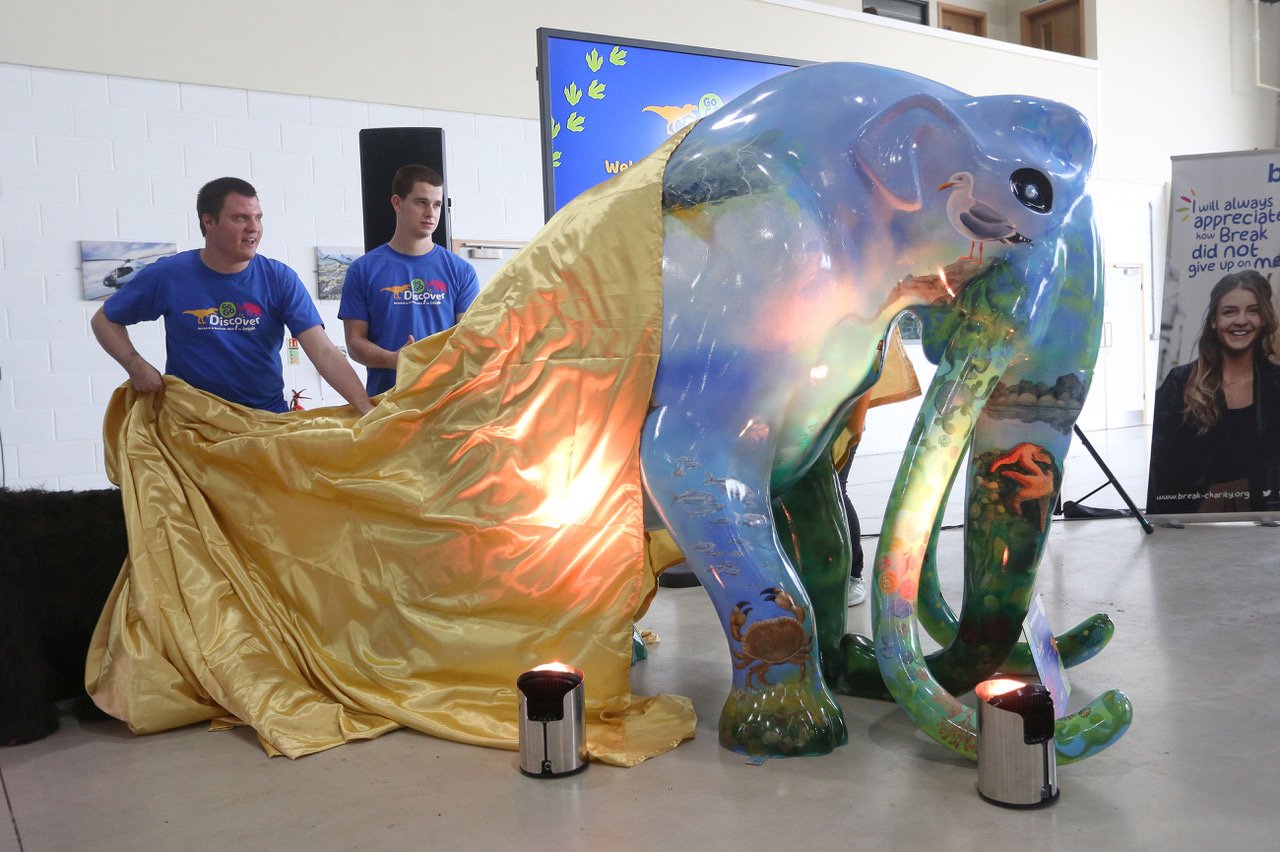 After months of anticipation, hundreds of people were treated to a preview of some of the T.rex and Steppe Mammoth sculptures set to stomp across the county for the GoGoDiscover 2022 trail.

The sculptures were unveiled at the GoGoDiscover launch event on Thursday 16 June 2022, which brought together artists, sponsors and logistical partners who are involved in the project.

Of the nine sculptures on display, seven had never been seen before in public. These were Doug the Dino, Mow the Mammoth, Teo, Big Top, Margaret’s Mammoth, Daddy of all Dinosaurs and Mae the Mammoth.

The other two – Prideasaurus and Afternoon Tea-Rex – featured in Break’s mini trail last summer which welcomed Dippy the Dinosaur to Norwich Cathedral.

The roar-some creations featured a range of designs in a variety of mediums, depicting themes such as nature and the environment, equality and diversity, and the Deep History Coast. One, set to be a dino-lovers favourite, is covered in prehistoric creatures of all shapes and sizes.

The launch event gave participants a taste of what people can expect of this year’s GoGoDiscover trail, which sees 79 T.rex and Steppe Mammoth sculptures stationed across Norfolk from Monday 27 June to Saturday 10 September 2022.

Pete Marron, GoGoDiscover project manager, comments: “It’s been a joy to finally share some of the finished sculptures with members of the local community.

“We’ve seen the hard work and commitment of so many inspiring artists and invaluable sponsors, that to be able to showcase some of the show-stopping designs has further driven excitement and anticipation ahead of the trail starting on 27 June.”

GoGoDiscover is delivered by East Anglian charity, Break, in partnership with Wild in Art. Through donations, app downloads, events, merchandise sales and an auction of sculptures in September, the trail is hoping to raise valuable funds to make life better for children and young people on the edge of care, in care and leaving the care system.

Rachel Cowdry, CEO at Break, comments: “Thanks to all the people involved in the trail we are able to continue to offer our support and guidance to the young people and adults we work with who face mammoth expectations when they leave care. Our aim is to make that transition a little smoother by presenting a lifelong offer of support and standing by their side in whatever challenges they face.”

Paul McCarthy, general manager of Chantry Place, said: “The public art trails that Break deliver always create lots of smiles, memories and fun, and in doing so they raise awareness and funds for Break who do such great work.
“These trails are brilliant for tourism in Norwich and Norfolk, providing a boost for the county and increased footfall for us as a Centre. The artists have once again done an incredible job and we can’t wait to get our sculptures delivered, including our very own Afternoon T.rex sculpture which we are proud to have sponsored.”
Rachael Butler, artist of Teo the T.rex sculpture, which has been sponsored by Pentaco Construction Ltd, comments: “Teo, meaning ‘gift’, speaks for the environment and the fragility of our world. It reminds onlookers about all the precious living things on Earth including some lesser-known species such as the Polynesian Tree Snail and Ghost Orchids.
“I think Teo will provide wonderful subject matter for families and friends to discuss, and I hope everyone will be left feeling inspired to learn more, perhaps create something or go on to research new ideas based on what they’ve seen. This fantastic trail has something inspiring for everyone.”

From 27 June 2022, trailgoers will be able to locate and identify all 79 of the prehistoric visitors using the new GoGoDiscover app (£1.79), available from the Apple App Store or Google Play Store, or by picking up a GoGoDiscover trail map (suggested donation £1) from a variety of trail map hubs including The Forum, The Royal Arcade, Jarrold, Holkham, the Pensthorpe gift shop, Duke’s Head Hotel in King’s Lynn, Sea View Café in West Runton and Break retail shops across the county.

For more information visit break-charity.org/gogodiscover and be sure to listen to our Norfolk & Good podcast episode all about the GoGoDiscover 2022 trail. 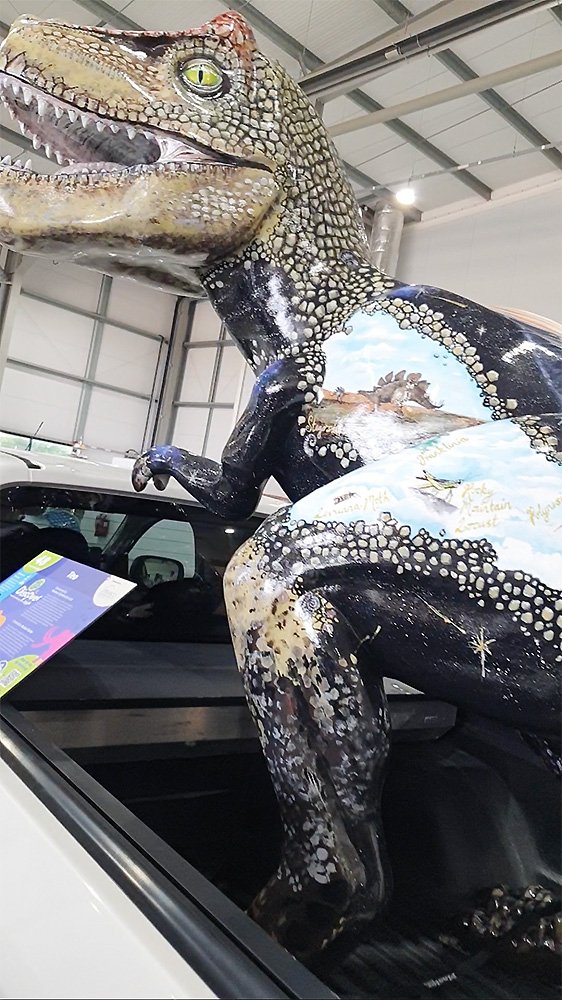 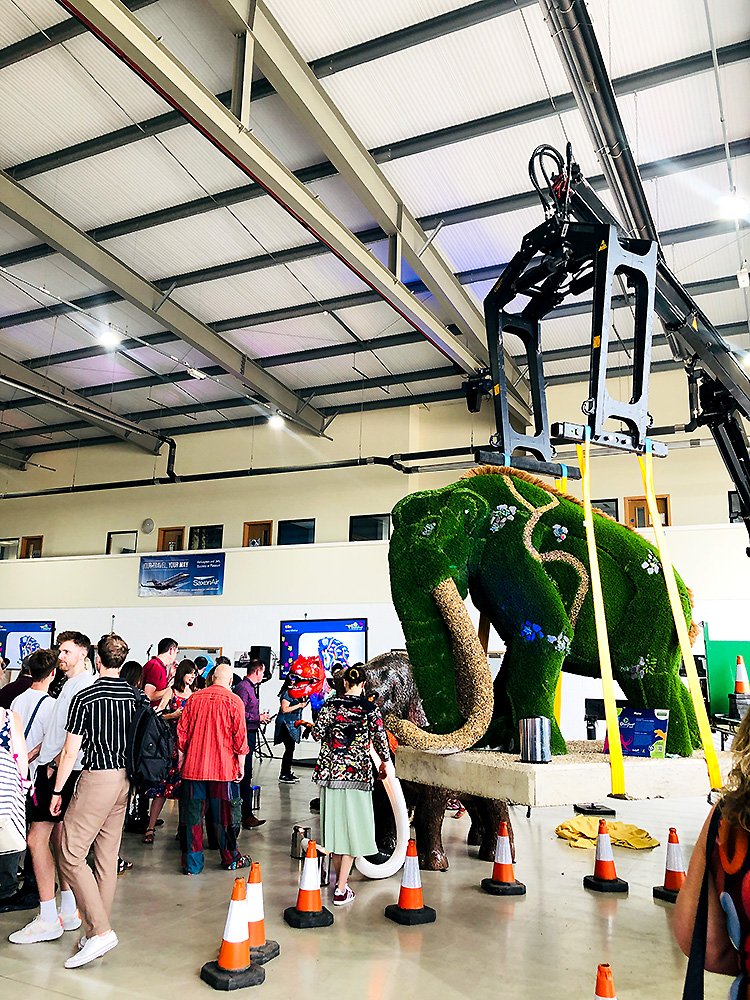 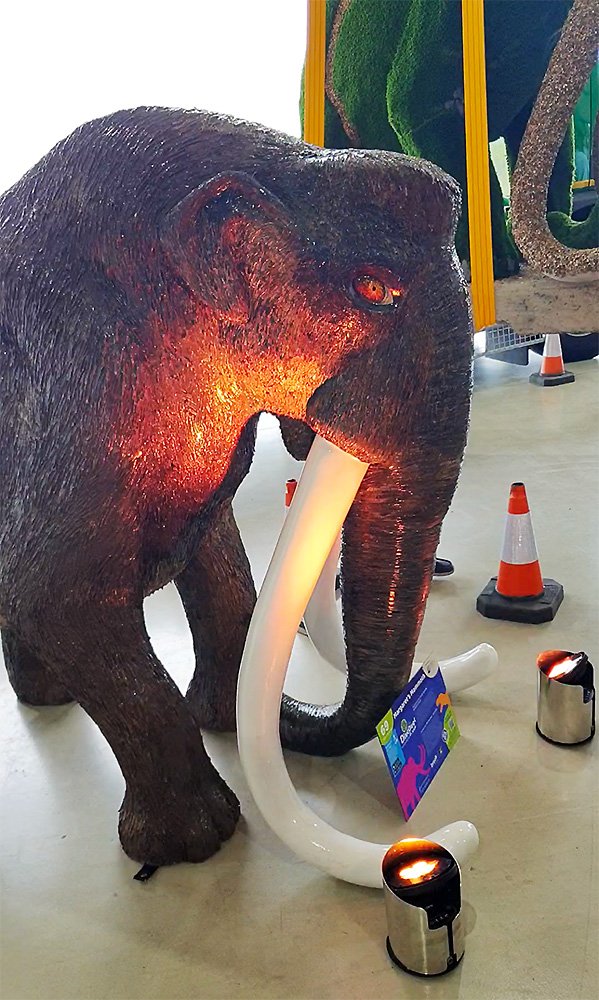 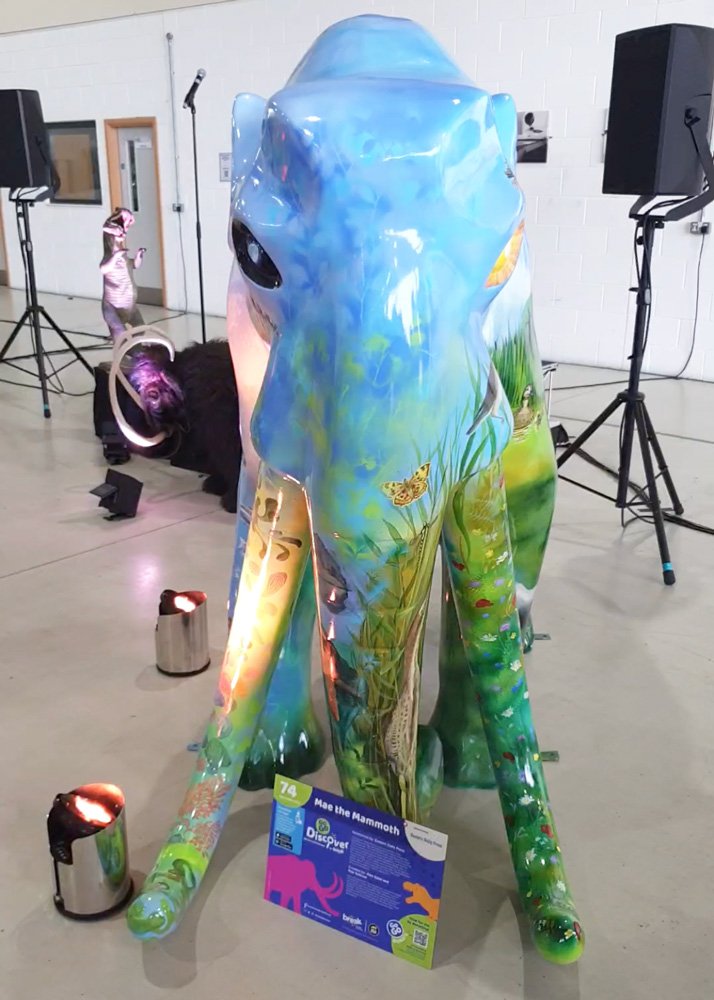 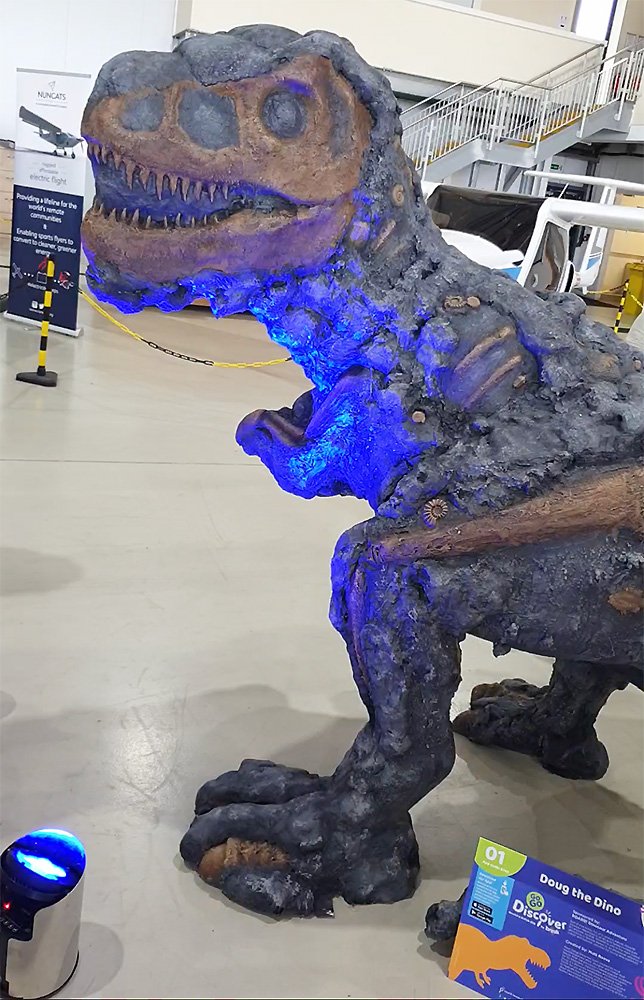 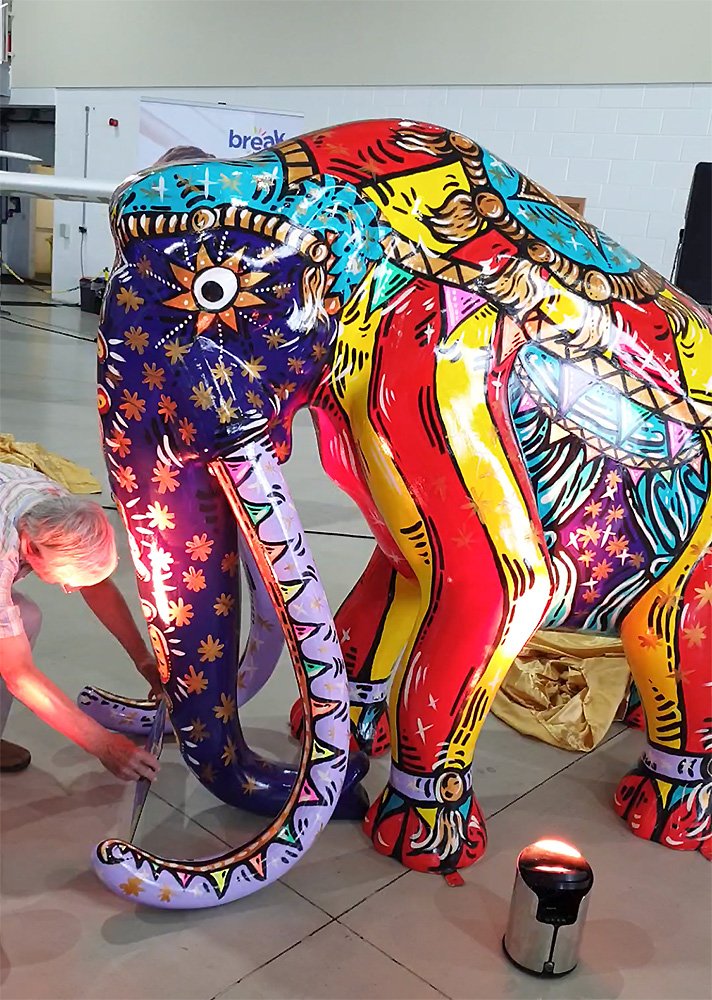 Check out our selection of sustainable kids T-shirts – inspired by Norfolk and totally ready for a fantastic Norfolk Summer!