Heard the one about the Diplodocus in the Cathedral?

We’re pretty confident that if you haven’t, you soon will have, as Norwich Cathedral finally prepares to welcome one of the most iconic and well-loved Dinosaurs in modern history.

The Natural History Museum’s 110-year old Diplodocus skeleton cast – known affectionately as ‘Dippy’, will find a temporary home in the Nave of Norwich Cathedral between July and October 2021 as part of his nationwide tour, which saw Dippy visit Scotland, Wales, Northern Ireland and five regions across England. 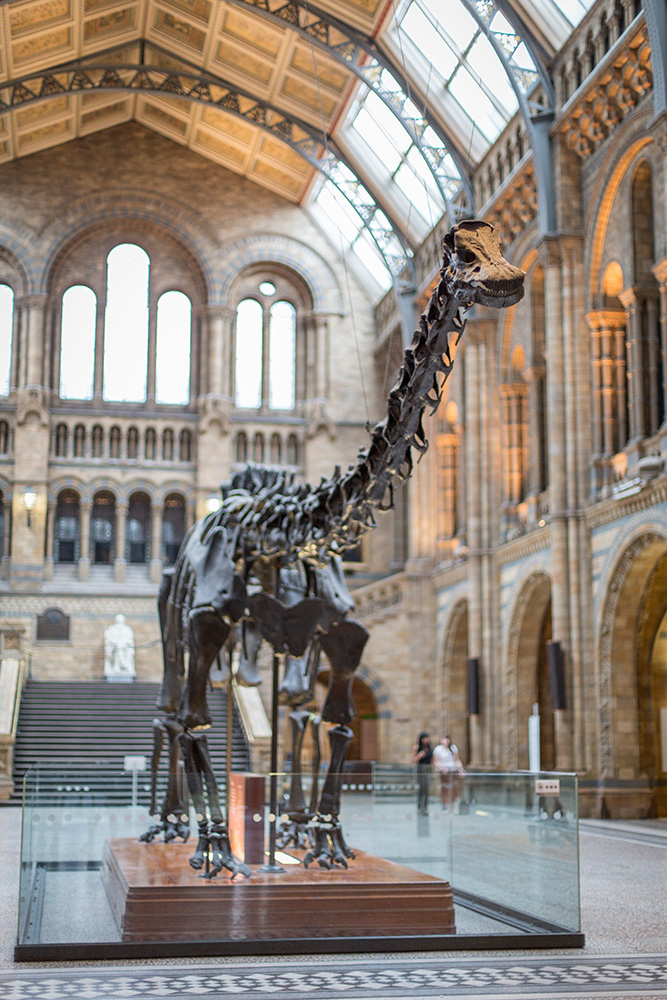 Already a spectacular space in a much-loved building, the Nave will become even more magical when 22-metre long Dippy moves in, concluding his (her?) interrupted UK tour. As well as being the final stop on Dippy’s expedition, Norwich Cathedral boasts the extra-special privilege of being the only Cathedral or church to house Dippy during his travels, and the only venue in the South-East of England to feature him on display. 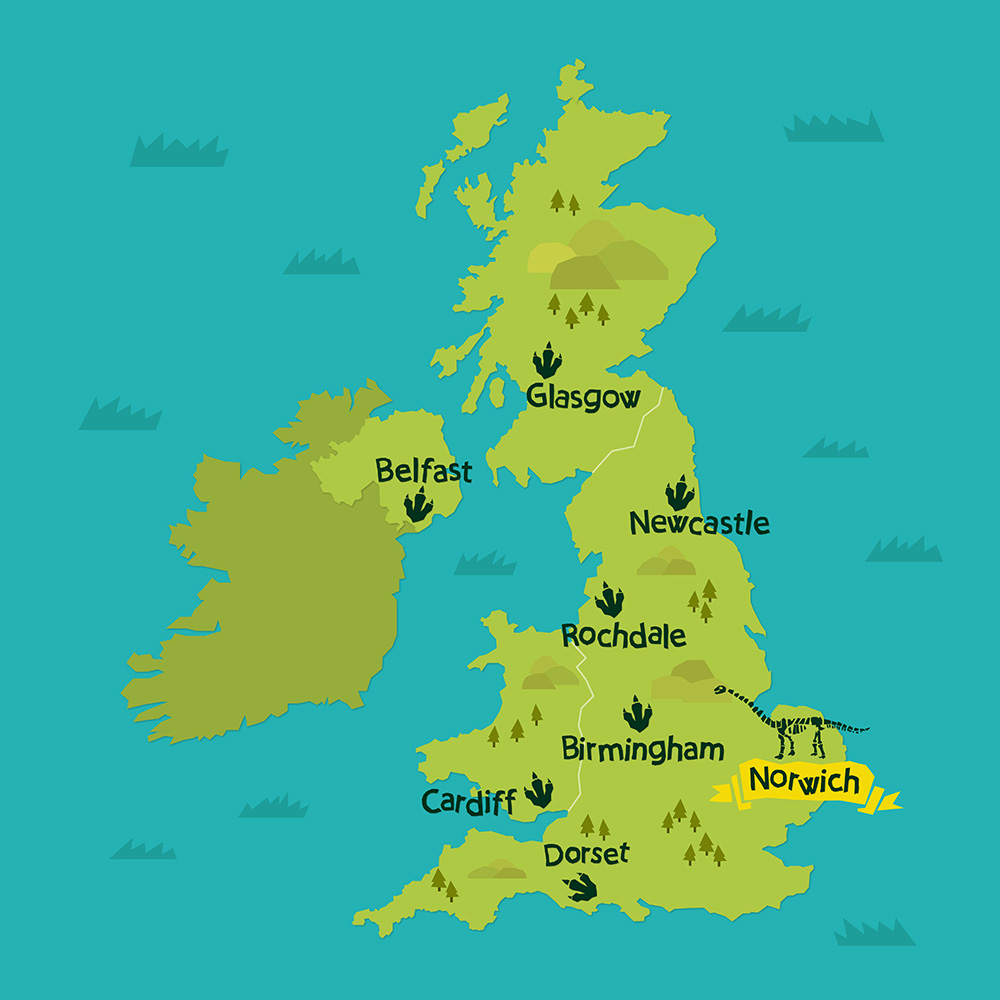 It is hoped that Dippy’s presence will stimulate interest in the natural world, science and creation, encouraging questions and debate about creation and the origins of life, as well as major issues facing humanity today such as climate change. It will certainly help stimulate the imagination of hundreds of visitors, some of whom may never have seen a Dinosaur beyond their television screen.

All venues that host Dippy will offer free access to the exhibit, meaning that more people than ever before will have the opportunity to interact with him, and be inspired by his amazing story.

Dippy the Diplodocus (D. carnegii) is a replica cast of a Dinosaur fossil unearthed in Wyoming, USA in 1898. It was unveiled to the public in 1905 and quickly became one of the best-loved and most memorable exhibits of the Natural History Museum in London.

However, this will not be the first time Dippy has moved from its location in Hintze Hall. During World War II the skeleton was disassembled and relocated to the basement to protect it from bomb damage. And in 1979, the Diplodocus made the move to Hintze Hall, where it remained until 5 January 2017.

Dippy’s appearance has also changed subtly over the years, reflecting advances in our understanding of dinosaur biology and evolution.

The dinosaur’s head originally pointed downwards with the tail resting on the ground. Following new research in the 1960s, the neck was raised to a horizontal position and in 1993, the tail was repositioned to curve spectacularly over visitors’ heads. 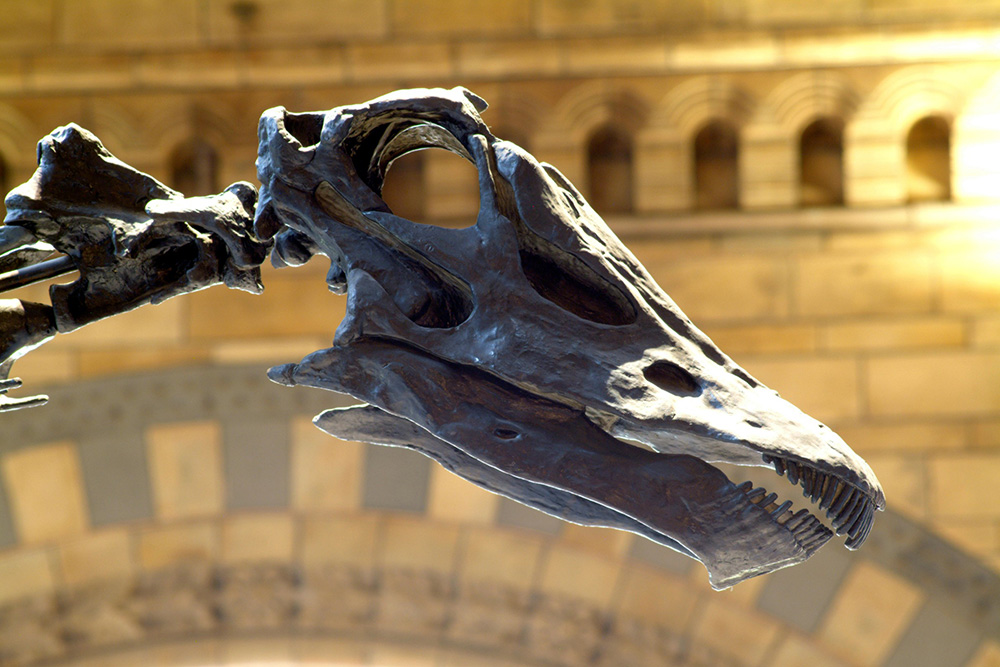 We are sure that Dippy has enjoyed colossal fun on his journey around the UK before he takes up pride of place in Norwich Cathedral this Summer. And, having been lucky enough to see Dippy in London on previous occasions, we are one family who certainly cannot wait to meet him in our home City. It’s going to be huge. Literally. Or as Norwich son Alan Partridge might say: “Jurassic Park!”

The Natural History Museum’s Diplodocus, Dippy, has been touring the UK since 2018, to encourage people to explore nature and inspire the next generation of scientists. He was due to go on display in Norwich in 2020, but his visit was postponed as a result of the coronavirus pandemic.

For more information, keep an eye on the Norwich Cathedral website, and for details on social media and in the press.

● GoGoDiscover 2022. With just a week to go, get a sneak peek of some of the new sculptures here.

● Summer. It starts officially on 21st June. Stock up on cool, sustainable Summer T-shirts from our Enjoying Norfolk store.

● Exploring the East Norfolk Coast. Fancy blowing the cobwebs away? This is a walk for you!

● The Enjoying Norfolk Card. We’ve been adding lots of new offers and discounts that you can access with your Card.

Accommodation Birthday Parties Breakfast Brunch Children Coffee Days Out Experience Family Friendly Father's Day Food and Drink Function Rooms Harleston Historical Interesting Places Live Music Local Produce Lunch Made In Norfolk Mother's Day Museums Norfolk Broads Norwich City Centre Norwich Lanes Room Hire Summer Holidays Sunday Roast Unique Vegan Venue Hire
Page load link
We use cookies on our website to give you the most relevant experience by remembering your preferences and repeat visits. By clicking “Accept”, you consent to the use of ALL the cookies. If you do not consent, please do not continue to use this website.
Read MoreACCEPT
Manage consent